But mum, that can’t be right: the private school myth that doesn’t add up

One thing you discover when you become a parent is that small children are real suckers. When my son was two, my husband had to restrain me from telling him that if he didn’t eat his vegetables, his arms would fall off. “But he’ll really believe you!” my alarmed husband insisted. “Precisely the point”, I replied, as I tried to spoon steamed broccoli into his stubbornly closed mouth. 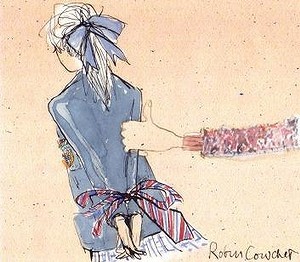 Children are prone to believing such things because they’re still figuring out how the world works. When I was a kid, I understood citizen’s arrest to be a real thing, and was constantly threatening my recalcitrant friends with incarceration. It was also generally agreed in my social group that doing too much karate could stifle your travel plans, for your hands would have to be registered as lethal weapons before you could enter the United States. I also believed, as did many of my Catholic peers, that using a tampon would deflower me. My friend Ann was convinced that riding a bicycle while in bathers was illegal, and that anyone caught in charge of a pushbike while so attired risked immediate arrest – probably by an irate citizen.

Think too hard about these myths and even a child will realise that they can’t be true. But they’re also kind of exciting and titillating, so most kids prefer to just accept them. Which is why they’re so durable.

The same is true of many adult myths. My favourite, which is accepted by a remarkably high number of grown-up Australians, is that elite private schools are entitled to all the bells and whistles they enjoy because parents have paid for them. This quickly falls apart if you think about it. Private schools receive huge sums of money from the public purse; very nearly as much money as government schools. If that money was being used to keep struggling private schools afloat, then it might be justified. But in many cases it is in fact used to fund the educational “excellence” that we hear about in private school advertising campaigns – state-of-the-art sports grounds, pools, outstanding facilities of every kind. As commentator Jane Caro recently observed, one school is now providing on-site baristas, subsidised by our taxes.

The myth that underpins this – that parents are simply making a choice, and are themselves funding that choice – serves to obscure the gross inequality at the heart of our education system. The implication is that parents who send their kids to state schools should stop complaining about the under-resourced, overcrowded public system because they have chosen it. They weren’t willing to pay, so their kids deserve what they get.

As a teenager I was acutely aware of this divide. It was first pointed out to me in grade 6, when one of my classmates informed me that the high school I’d be attending was a “dog school”, the crap Catholic school where no one really wanted to send their kids.  She, on the other hand, was going to the superior private school with hats, pressed uniforms and various state-of-the-art facilities.

Naturally, I was upset by the revelation that my school was for canines, as I’d naively assumed that my parents had chosen to send me there because it was closer to our home. But my classmate’s spitefulness put me in my place, reminding me where I was from and what my parents could afford.

I don’t know whether my nasty classmate got a better education than I did, but I’m pretty sure she would have come away with a greater sense of entitlement, and the self-confidence that typically goes with it. For entitlement grows naturally out of the myth that justifies the system. Her parents paid for her superior education, made sacrifices to afford it, so she was entitled to the benefits that it brought her.

Yet once you recognise that the taxpayer is footing a very substantial part of the bill, and that elite private schools are effectively siphoning away funds that could have gone into the state system, you see the equation very differently. Far from being entitled to anything, children who benefit from expensive private educations are in fact indebted to the ordinary taxpayers who subsidised their swimming complexes and their baristas. It’s everyone else who made the sacrifice – sending their kids to underfunded state schools, while the private sector hogged the education dollar.

As we grow older most of us stop believing in myths such as citizen’s arrest. When will Australia grow up and see through the education myths that are doing a disservice to all our children?